In 2016, Grupa Azoty "FOSFORY" Sp. z o. o. the second edition of the "Employee of the Year" Plebiscite was held. In accordance with the applicable regulations, the Plebiscite Chapter selected three winners from among all the nominees. This year's Chapter, along with representatives of each of the trade unions and divisions, was joined by the winner of the Plebiscite "Employee of the Year 2014". Once again, the Chapter had a hard time to crack. The talks were stormy and the goal was achieved.

On June 10, 2016, otherwise known as the "Chemist's Day" in the Company, the Chapter of the "Employee of the Year 2015" Plebiscite and the Management Board of Grupa Azoty "FOSFORY" Sp. z o. o. announced that:

the title of "Employee of the Year 2015" was awarded to Mr. Sebastian Baranowski, an employee of the Faculty of Mechanical Engineering.

Mr. Sebastian Baranowski has been with us for over ten years and his work brings immensely high benefits to the Company. Acquired professional knowledge and experience put him in this year's Plebiscite on the pedestal. Mr. Sebastian is a person who willingly learns, gives instructions to those who need them, not limited to the employees of his department. It works the same way. Great knowledge about the specifics of the Company allows him to broadly look at emerging problems, finding causes and effects that have a huge impact on the company's operations. He cares for materials and tools entrusted to him, minimizing potential additional costs. It cares about the company's future by offering its full availability.

The award in the Plebiscite for professionalism, huge commitment, duty and the ability and willingness to help coworkers, received:

Ms. Małgorzata Klinkosz, an employee of the organizational and personnel department and Ms Janina Grecka, an accounting department employee. 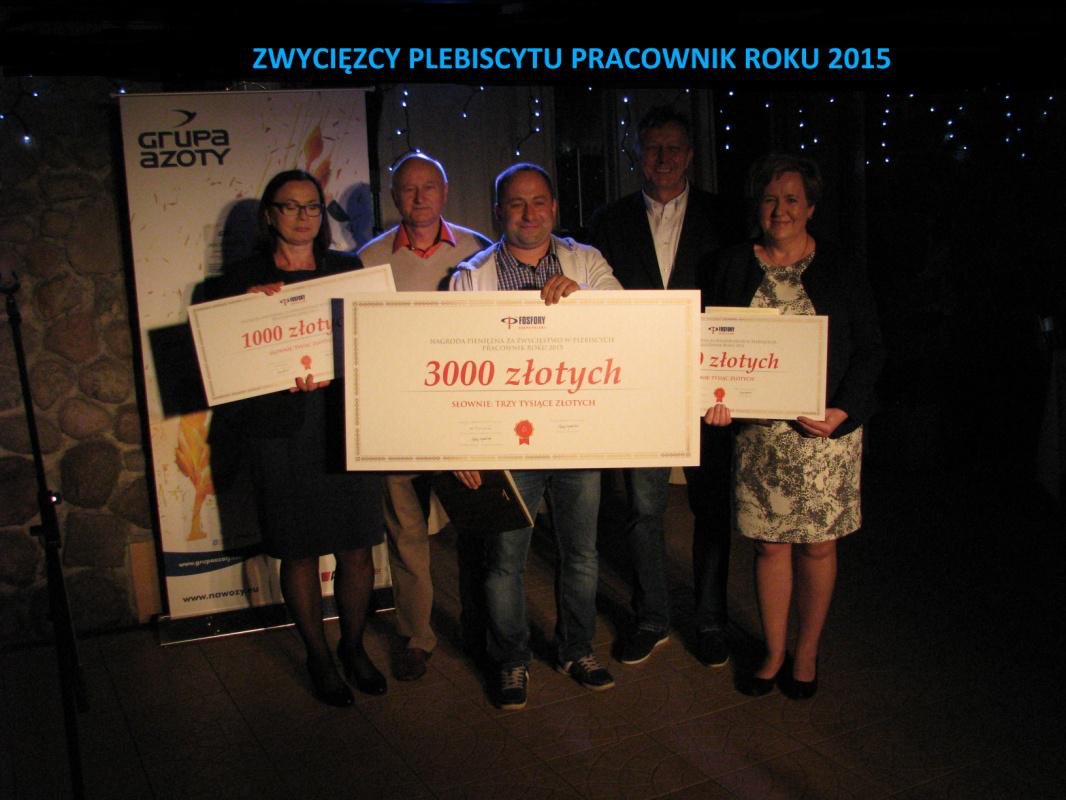 All persons nominated for the "Employee of the Year 2015" poll received commemorative diplomas, while for the winners, cash prizes were awarded in the form of checks by the Chairman of the Chapter and the Management Board in the amount of PLN 3,000 for "Employee of the Year 2015" and PLN 1,000 for those awarded. In addition, the winners received special commemorative diplomas. 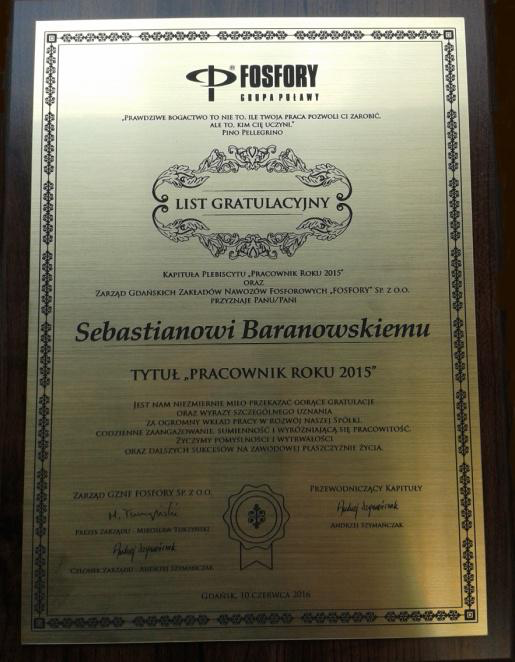 English (UK)
This site uses cookies to provide services at the highest level. Further use of the site means that you agree to their use.Agreementprivacy policy