On March 31, 2015, during the Easter meeting at the company's headquarters, the Chapter of the "Employee of the Year 2014" Plebiscite and the Management Board of Grupa Azoty "Fosfory" Sp. z o. o. announced the results of the Plebiscite: 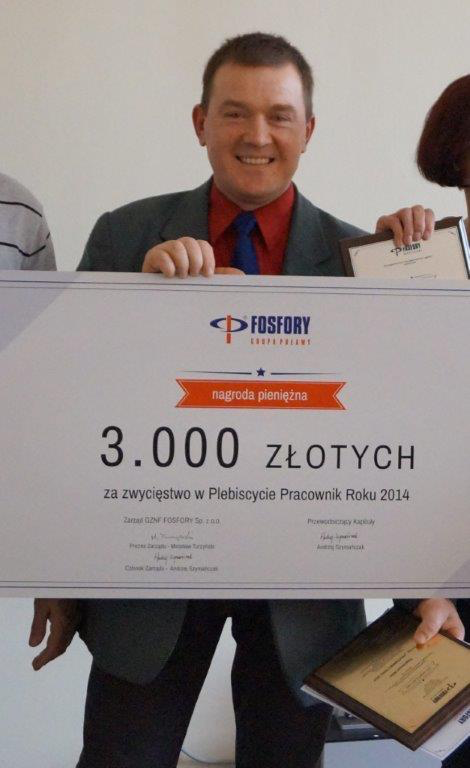 Mr. Zbigniew Willer made himself known as a person doing his work with great care, caring for the development of both theoretical and practical aspects of the entire team. In a special way, it stands out in sharing its knowledge and skills with subordinate employees, especially with newly employed employees, which it implements and prepares for work in a position. He is also exceptionally committed to help during breakdowns and downtime, working with management. Having knowledge, skills, experience and communication skills is also the reason why Mr. Zbigniew Willer is involved in the team reviewing issues related to the state of machinery and equipment and the timing of their usefulness and the necessity and purposefulness of repairs.

HONORABLE MENTIONS IN THE PLEBITIST OF THE 2014 EMPLOYEE

Professionalism, special commitment and creativity in combining group work with the company's success in 2014 were the basis for awarding two distinctions.

Honorable mention in the Plebiscite They received:

A member of the Port Services Department Łukasz Potrzuski

Employee of the Department of Laboratories for Quality Control and Environmental Protection Elżbieta Kwiecień. 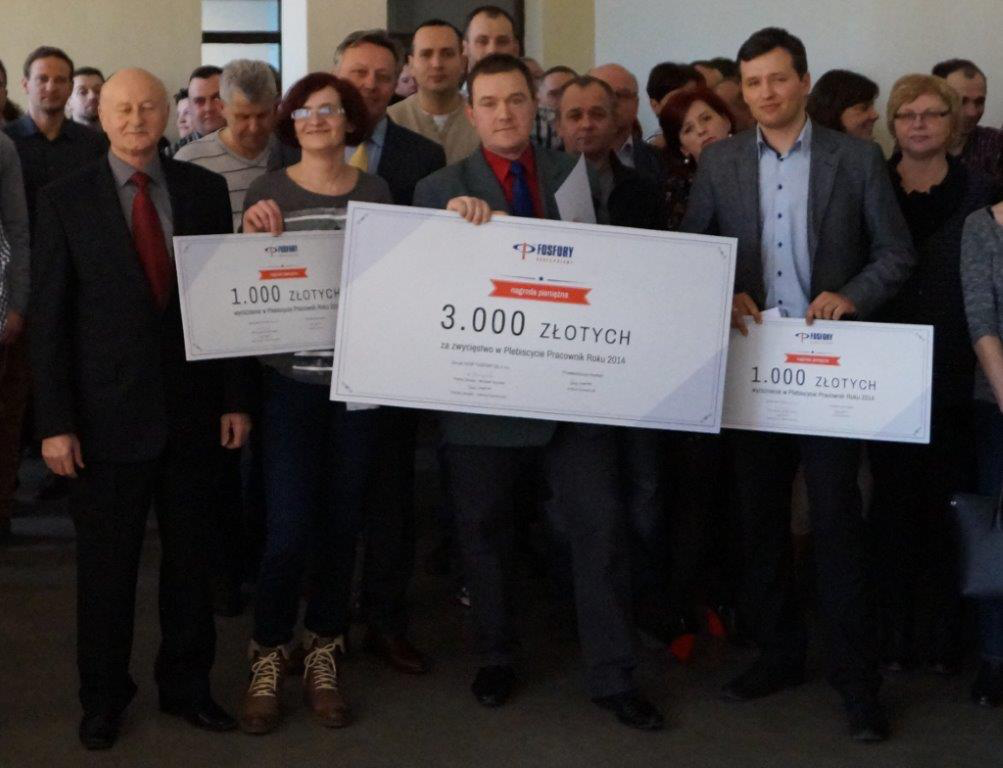 All the nominees received commemorative diplomas, and the winners, apart from special commemorative engravers, also received checks with cash prizes from the Chairman of the Chapter and the Board of the Company.